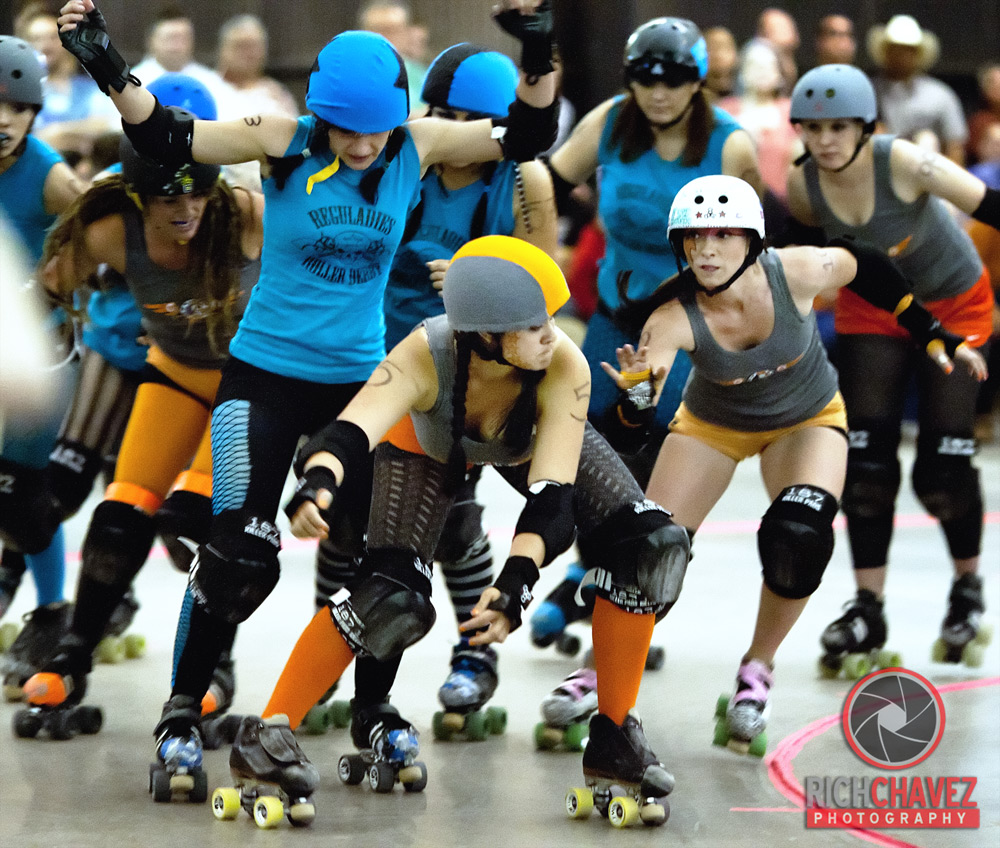 When I got the invite to shoot the Crossroads City Derby bout on May 22nd, I couldn’t turn it down; there’s been a lot of buzz about the local derby scene from my friends and colleagues (one of my coworkers, Robbie, is one of the emcees), so I’d have to be crazy to pass up the chance.

I’m pretty comfortable in low light settings, but this was probably the most challenging sports-shooter situation I’ve been in. The majority of my exposures were made between f/1.8 – f/2.0 at 1/200 second (ISO 3200) and I was still under by about 1/3 stop; barely enough to freeze some of the action.

Now that I’ve got the one bout under my belt, I think the next one will be better (from a shooting perspective). The next bout is scheduled for Sunday, June 12th, and I’m already looking forward to it!

Much thanks to Naomi for the explanations/encouragement, Robbie for the referral, and the rest of the great people I met!